A women’s bantamweight fight has been added to the UFC’s January 16, 2021 event.

Sara McMann and Julianna Pena will face off on that date, at a location yet to be confirmed. Former title challenger McMann announced the news on social media, with Pena also chiming in to confirm the fight.

McMann (12-5) last competed in January at UFC Raleigh, defeating Lina Lansberg to snap a two-fight losing streak. Meaning it will be a year between fights when she gets back in the cage against Pena.

The silver medal winner at the 2004 Olmpic Games in Freestyle Wrestling, McMann got off to a fast start in the UFC, earning a title shot in just her second fight. At the time, McMann was 7-0 — but she fell to fellow Olympian Ronda Rousey nonethless.

Pena (9-4) has struggled to stay active in the UFC. Thanks to injury, pregnancy, and now the coronavirus pandemic, she has fought just twice since 2017. Once considered a potential title threat at 135lbs, Pena found herself submitted by Germaine de Randamie this past October. The loss was her second in three fights.

The UFC’s January 16, 2021 card does not yet have an official location or broadcast plans announced. The event is expected to be a Fight Night card. Earlier this week, the UFC announced that former featherweight champion Max Holloway would headline the event, taking on surging prospect Calvin Kattar.

Currently, the following fights are expected to take place at the show:

Correction: update to reflect that McMann won silver, not bronze, at the 2004 Olympic Games. 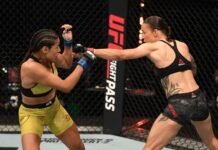 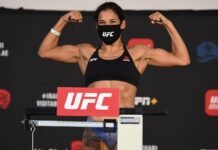