Just over a month prior to competing for the final time in his career, against Stipe Miocic at UFC 252, Daniel Cormier had another fight on his hands. Against COVID-19.

Speaking to Yahoo Sports this week, Cormier revealed that ahead of the rubber match in the pair’s trilogy fight, on August 15, he had contracted the disease caused by the SARS-CoV-2 virus.

“This is not an excuse at all,” Cormier told the site. “Miocic won the fight, and he fought beautifully. This is a thank you almost to Oura for allowing me to get to the fight. I might have just kept pushing and not known I had it. But I was able to take care of myself properly and then get back into training and compete for the heavyweight championship of the world. Without the ring, I don’t think that’s possible.”

Oura, for those unaware, is a health monitoring device that the UFC has recently struck up a partnership with.

On the symptoms Cormier was feeling, he recalled that in early July, “over the weekend, I started feeling a little sick.”

“Things weren’t exactly … well, let me put it this way: I wasn’t sick, but I got a little tired and peaked,” he stated. “Monday comes, I go to practice and I spar and I worked out three times. I felt OK, but I was a little bit tired is, I guess, how I would put it.”

His resting heart rate had gone up. His body temperature had changed.

“The [Oura] ring didn’t tell me I had COVID,” Cormier said. “But the ring told me that something wasn’t right, and I used the information to make a decision to go see the doctor. I found out then that I had COVID, but the information I got from the ring allowed me to make the fight.”

Cormier would go on to beat the disease, appear in the fight, but he ultimately lost a unanimous decision to Miocic that night. Staying true to his word, Cormier retired following the bout, finishing his career with a record of 22-3, 1NC. 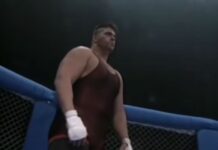 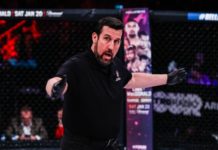 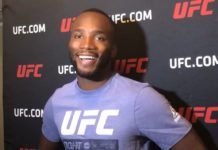