Canadian bantamweight Sarah Moras will return this November. When she does, she will be facing off with Brazil’s Vanessa Melo.

MMA Fighting was first to report news of the pairing, which very much feels like a must-win for both athletes.

Moras (6-6) is 3-5 in her UFC career to date, after entering the promotion as part of The Ultimate Fighter 18. She’s won just one of her last five, a TKO over Georgia’s Liana Jojua at UFC 242. Last time out, at UFC Jacksonville in May, she lost a unanimous decision against Sijara Eubanks.

Melo (10-8) might be in an even worse spot. She’s lost all three of her octagon appearances to date, all three via unanimous decisions against her. Those came to Irene Aldana, Tracy Cortez, and Karol Rosa. It’s almost a given that Melo will need a win here to stick with the promotion.

No location or event designation has been announced for the UFC’s November 7 card, which has yet to be officially revealed by the promotion. Throughout August, the organization it at its home base in Las Vegas, utilizing their UFC Apex facility. After that, another trip to “Fight Island” in Abu Dhabi is likely, though nothing has been set in stone. 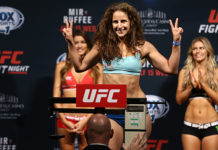 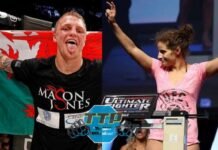