After earning a Fight of the Night bonus in his UFC debut against Tim Elliott back in May, Brandon Royval has his sophomore outing lined up.

Royval (11-4) took to social media recently to confirm a pairing with Kai Kara-France for the UFC’s September 26 card. The bout was initially reported by MMA Fighting.

Royval was initially distraught with his performance at UFC Vegas 1, worrying that he’d be forced to return to his day job. Instead he took home a $50,000 bonus following his debut. Prior to that fight, Royval had competed in LFA (Legacy Fighting Alliance). He’s now won three straight bouts overall.

Kai Kara-France (21-8) bounced back from a loss to Brandon Moreno when he defeated Tyson Nam earlier this year. Prior to the Nam loss, Kara-France had won eight straight, including three inside the octagon.

Both Brandon Royval and Kara-France are ranked within the UFC’s flyweight division at the moment. Royval sits in eleventh spot, Kara-France in eighth. The division finally saw a champion crowned this month when Deiveson Figueiredo stopped Joseph Benavidez in their Fight Island title bout. 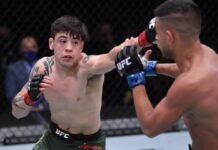 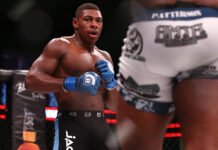 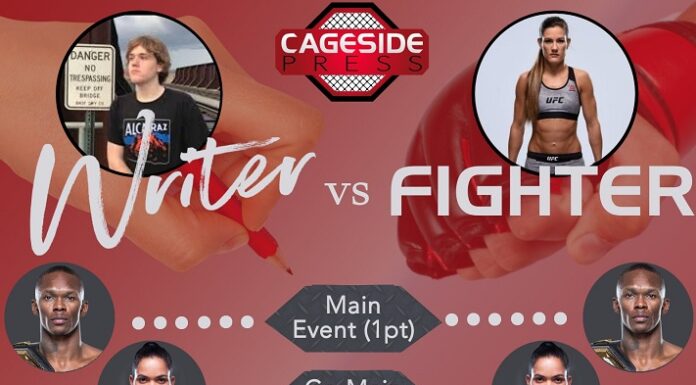