Joseph Benavidez enters UFC Fight Island 2 knowing this could very well be his last shot at UFC gold. And he’s in a fight that he didn’t necessarily want to be in with his rematch against Deiveson Figueiredo.

The pair battle, again, for the vacant flyweight title atop this weekend’s card in Abu Dhabi. It’s a rematch of their UFC Norfolk bout, where Figueiredo missed weight, finished Benavidez, and left the title vacant due to that weight miss.

“I wish we didn’t have to do a rematch and I would have just finished it there,” Benavidez told Cageside Press during the virtual media day for UFC Fight Island 2. But that’s not what happened. A clash of heads left Benavidez rocked in Norfolk. A right hand then connected. The TKO came moments later.

Still, the Norfolk loss “makes it sweeter in a way to go in there and get the redemption. It’s obviously great that it lined up with Fight Island and I get to experience this.”

After any loss, there are adjustments to be made. For Benavidez, ahead of this weekend’s rematch, most of that was on the technical, tactical side.

“A lot of it is technical. Mentally, my preparation and everything leading up to [the UFC Norfolk fight] was, if you heard any of my interviews and just kind of what I felt there, I never felt better in that regard,” he recalled. “I mean, it was literally perfect for me. That part of it was perfect. When people say they have the best camp and preparation of their life and stuff, they typically just say that. I can point to two camps that I had the best preparation and that was one of them.”

“So in that regard, it wasn’t a lot of changing but tactically you do get some data from the fight, and what it feels like to be in there with him,” Benavidez continued. “I have great coaches so I let them handle that more so and don’t try to obsess on it and just try to get better than I was the last time. And listen to what they tell me as far as the changes that they think we should make.”

As to what winning the belt on Fight Island would mean to Benavidez, after flirting with the championship for so long, Benvidez replied that “winning the belt in the UFC is a dream for every single person that walks into an MMA gym. So for me it’s been a life-long, up-and-down, bumpy journey with a lot of adversity in between it. So, I mean you can’t put into words, honestly, what it would feel like. Dedicating your life to something, and having it hit the highest highs of it but also having it ripping your heart out then finally getting it. I don’t know how it’s going to feel.”

Especially, said Benavidez, given that winning the belt doesn’t mean “I’m done, and I arrived,” since “there’s still something else to do” — defending that belt, in other words. 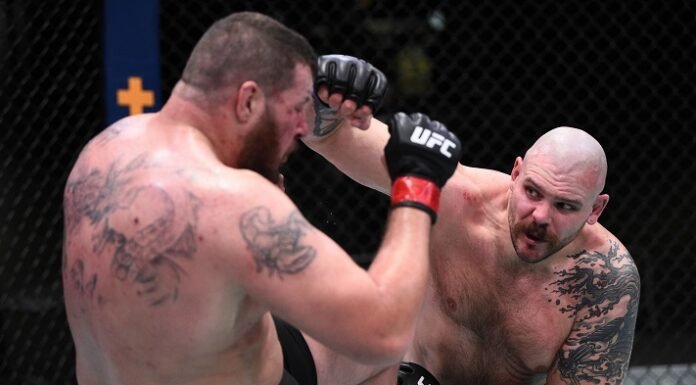