Fight Island delivered. A night full of title fights, top contenders emerging, and some crazy finishes, it was a success for the UFC. That same success wasn’t shared for Max ‘Blessed’ Holloway, who suffered a controversial split decision defeat to champion Alexander Volkanovski.

After a dominant first two rounds for Holloway, Volkanovski recovered and himself had a strong showing in the championship rounds (rounds 4 & 5). It was round three, that many in the media had scored for Holloway, that would decide the fight. While Holloway definitely had done enough to win on my scorecard, the word “robbery” isn’t correct in describing this title fight. It was close, Volkanovski very well could have won that third round, and in the judges’ eyes he did. So what is next for the former featherweight king? Here are some options that come to mind.

This is far fetched. While many have already called for it to happen, I don’t think it does, at least not right away. While Holloway very well could have been crowned champion at UFC 251, he stands at an 0-2 record vs. Alex “The Great.” As a champion, Volkanovski has nothing more to prove against Holloway, he has defeated him twice, back-to-back. A third fight would get the views, and might be what the fans want, but a third fight has no reward for the champion while risking everything.

There is almost never a need for a trilogy fight when one opponent has a 2-0 record on their rival, but Holloway does have a claim. He is considered one of the most dominant featherweights ever with wins over Brian Ortega, Jose Aldo and Frankie Edgar. Holloway has had two close fights with Volkanovski, and very much could be the champion right now had judging gone his way. It is unlikely we see a trilogy fight right away, but Holloway & Volkanovski aren’t done in the cage yet.

This category could just read “top contender,” but I’ll explain why Zabit Magomedsharipov especially should be next for Holloway. The featherweight division is stacked at the moment. Calvin Kattar just KO’d Jeremy Stephens and takes on Dan Ige this week, his name is in consideration. Yair Rodriguez is in the top five waiting for an opponent. Korean Zombie and Brian Ortega are rumored to fight. While all have a claim to be next in line especially with another win, few have the stardom that Zabit possess.

Stylistically, who wouldn’t want to see this fight? Zabit is coming off of a decision victory over Calvin Kattar. For those who missed that fight, it was a main event but only a three round bout. Zabit dominated early, but Kattar was very strong in the third, piecing up the Russian star. Many had questions of Zabit’s cardio work following that fight and wondered, had it been five rounds, would the victor be Kattar? Who better to test the cardio of the rising star than Max Holloway, who can hold immense pressure for five rounds.

This is a win win for both fighters. Holloway defeats a top contender in Magomedsharipov, he absolutely holds the claim to fight Volkanovski for a third time. If Zabit is able to put Holloway away, and silence the critics on his cardio, there is no question who is next for the champ. Each fighter knows the champion is waiting for the winner of this possible bout. I’d argue this is the most likely scenario to occur.

Holloway has teased this move for a while now. He faced Dustin Poirier at UFC 236 for the interim lightweight title in a Fight of the Night battle. Holloway also stepped in on late notice to fight current lightweight champion, Khabib Nurmagomedov at UFC 223, only to have medical issues force him out. Holloway has long reveled at the chance to be named one of the sports “GOAT’s” and being a champion in two weight classes has been a notable category needed of late.

While Holloway would not hold simultaneous belts, if he was to move up to lightweight and become a champion, nonetheless belts in two different divisions is a special class. Holloway already proved he can stand and trade with the top of the lightweight division when he lost to Poirier. While I think it would be a while before we see Holloway make this move, I don’t think it is out of the question. Between his current standing in the featherweight division, and the chance to immediately face a top five opponent at lightweight, it is possible. This situation comes down to Holloway obviously: does he feel he deserves an immediate third shot at Volkanovski? Is he willing to face a top contender? If he feels the immediate shot is warranted, and Volkanovski doesn’t agree, that could provoke a move up to 155.

Whatever Holloway decides it is going to be exciting. Holloway, one of the best 145’ers we have ever seen, a dominant champion, will have options as he looks to regain gold once more. 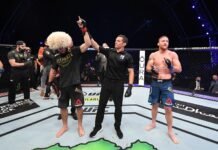 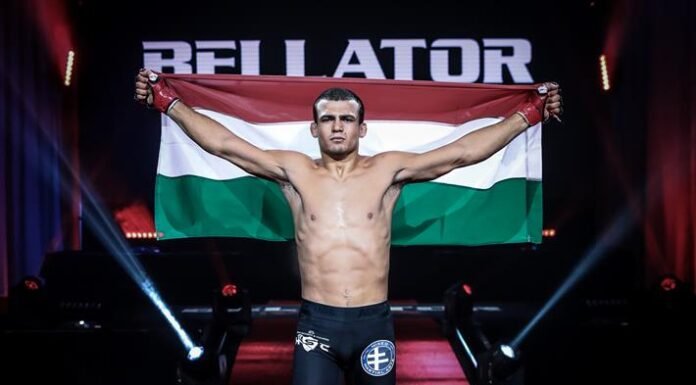