The light heavyweight bout between Ovince Saint Preux (24-14) and Shamil Gamzatov (14-0), previously scheduled for April’s UFC Lincoln, is back on track.

Following an initial report by MMA Fighting, Saint Preux announced on social media that the fight would take place on August 22. He also posted an image of his bout agreement for the fight.

The pairing was waved off due to travel restrictions put in place as a result of the coronavirus pandemic. With Gamzatov unable to make the trip to the U.S., St. Preux instead wound up in a heavyweight contest against “Big” Ben Rothwell at UFC Jacksonville in May. He lost the fight via split decision.

Prior to the loss, “OSP” had earned a win over Michał Oleksiejczuk at UFC Copenhagen in September of 2019.

Gamzatov, meanwhile, has been sitting on the sidelines since a split decision win over Klidson Abreu. That came in Gamzatov’s octagon debut, at UFC Moscow last November. The Dagestani fighter previously competed for the Professional Fighters League.

The UFC’s August 22 card does not have an official location or event name as of yet. Nor a main event. However, it is expected to take place at the promotion’s Apex facility in Las Vegas, Nevada. The organization has held its last five events at the venue, and will now head to Yas Island, Abu Dhabi for four shows billed as “Fight Island.” 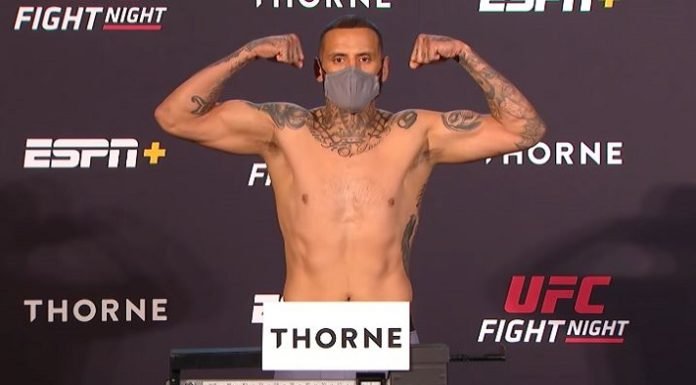 ONE: Inside the Matrix — Aung La N Sang Has No Plans to Pursue...