Gian Villante returns to the heavyweight division this weekend. It’s his first fight among the big men in the UFC, though not the opponent he was expecting. The New York native had been paired up with Ben Rothwell back in April. But the coronavirus pandemic has had ups and downs for Villante. On the down side, he was forced to pull out of the fight.

On the other hand, he got to spend quarantine with his newborn son and girlfriend. Maybe not such a bad trade-off.

At the UFC on ESPN 12 media day, ahead of his pending fight against Maurice Green, Villante explained what happened with the Rothwell match-up.

“I was very close. I was. I mean, I accepted and said let’s go,” Villante explained. But after talking to both his coach and manager, he got a different take. “They were very much against it. I have asthma, I have had pneumonia probably like seven out of the past 10 years. I don’t have the best lungs, so if I got [COVID-19] I probably might die. So they kind of convinced me not to do it. Being a new father like me, [you need to] be a little bit more cautious here. So didn’t do it. I stayed in the whole isolation and containment for a couple months there, and then said ‘all right, I had enough of this. Let me get back out there, I need to work’ and contacted the UFC, and they were able to find me an opponent.”

Having a newborn at that time, however, “was awesome. I got to spend every minute of it with him.”

Now, it’s back to work. Villante is set to face Greene, a TUF 28 competitor on a two-fight skid among the heavyweight ranks. Friday morning, they both hits the scales at 255lbs. Villante, with a record of 17-11, will have the clear edge in experience. But there is one area he feels Maurice Greene might have the advantage: the empty arena.

Watch the full UFC on ESPN 12 media day scrum with Gian Villante above. 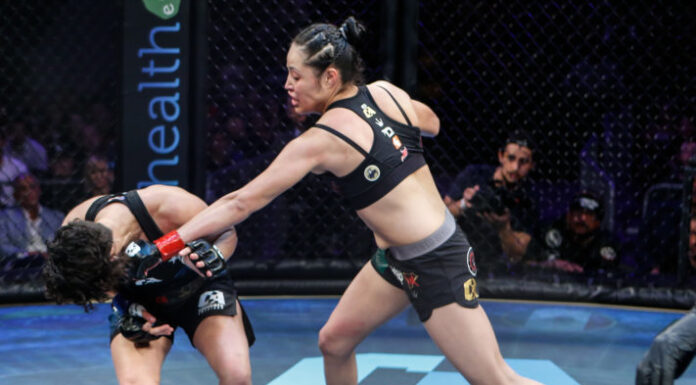