This week, we feature two up-and-coming fighters both inside and outside of the UFC. One is an unranked fighter competing on this week’s UFC Rio Rancho card, Nathaniel Wood. The focus here is on a fighter who has never been ranked, but who could be one day. The other, Valeriu Mircea, is a prospect outside the UFC who has a very high ceiling.

UFC on ESPN+ 25 goes down on February 15 in Rio Rancho, New Mexico. The UFC Rio Rancho card is topped by a light heavyweight clash between Corey Anderson and Jan Błachowicz — a fight that could potentially cement the number one contender in the weight class. Other than that fight the card is host to many rising, promising fighters. While I did consider Rogério Bontorin and Merab Dvalishvili, I went with England’s Nathaniel Wood for this spotlight.

Wood signed to the UFC in June of 2018 and in an exciting fight he submitted Johnny Eduardo in the second round. In that fight, Wood also secured a performance of the night bonus. In his three UFC fights, he’s hasn’t been built up slow at all. He’s beat Eduardo, Andre Ewell, and Jose Alberto Quiñones — all quality opponents.

With each fight, Wood has been improving over and over and at that rate, he could one day find himself in title contention. He’s about as well-rounded as possible, being practically even in stoppages on the mat and on the feet. Wood has a few clean knockout wins but prides himself more on output and awesome accuracy. The way he picks his shots and throws his inside leg kick followed behind punches is perfectly done. Wood will beat you up on the feet but he has shown his wrestling and ground game is maybe even more dangerous. Wood has five submission wins and that’s backed behind excellent back takes and knowledge on his chokes.

Wood is getting a huge step up in competition against veteran and former UFC title challenger John Dodson. Dodson has a total of 31 fights but he hasn’t had that same success he had previously in the past few years. There is still no doubt Dodson could be a step up too soon but Wood has the momentum clearly behind him.

This week is a short week when it comes to events but we do have a few good solid prospects in action. Mircea isn’t only the most deserving but is on the verge of signing to a major promotion. Born in Chisinau, Moldova Mircea now lives in Rome, Italy. There, he trains with Gloria Fight Center where fighters like Alessio Di Chirico, Carlo Pedersoli, and Mauro Cerilli train. Only 26-years-old, Mircea has a lot of experience with 31 fights. Along the way, he’s won four European titles. Fighting at 155 originally, he recently moved down to 145 and won the Eagles Fighting Championship title.

The Moldovan is aggressive, though at times he can be too aggressive and tire himself out. He’s got a big overhand right and slicing elbows. He has decent wrestling and a good ground game but on the feet is where he’s really dangerous. He’s fighting Armenian Martun Mezhlumyan, who from what can be found on him looks fairly impressive. This is an important fight for Mircea as this could be his last fight on the smaller shows. 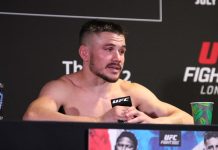 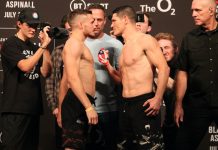 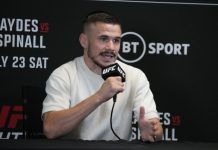