BTC Fight Promotions put on their 2nd Annual MMA Award show on January 18 at the Waterfront Hotel in Burlington, Ontario. Champions and prospects alike came out to the show as well as the team behind the promotion (matchmakers, promoters, etc.). A lot of big winners emerged from the night and a good time was had by all. Some winners, as well as nominees, took time to offer their thoughts and feelings on the proceedings. We had a chance to catch up with dual award winner Scott Hudson.

2019 Run: “It was a f*cking crazy year, man. I had a really good year professionally where I was super successful in the cage. My father passed away, I lost my grandmother as well, I got married. So there was literally like the highest highs and the lowest lows. All in all, it was a really fantastic year. You take the good with the bad, right? That’s life but its definitely one for the books. I’ll never forget 2019.”

2020 Plans: “My original plan was to kind of wait and see how the schedule unfolded for the UFC. They’re usually pretty good on being out in advance with that. But they’re kind of booked through April and there’s no Canadian dates booked yet. Which is not ideal for someone in my position. That’s kind of why I decided to sit out in Kitchener. That I would sort of wait it out for a bigger fight. There’s nothing necessarily really positive on the horizon. So I’m kind of regretting that decision a little bit. It will work out either way but I kind of want to stretch the legs a little bit.”

2020 Plans cont: “I’m trying to make a smart move but really I want to fight as much as I can so that may change. If something comes up and there’s an opportunity to fight either on the Kitchener card or something soon after then I might just jump on that. I want to stay busy, I’m training every day I’m in good shape. So let’s do it.”

“If somebody came from Bellator it would have to be pretty sweet to pull me away from what I ultimately really want. And that’s essentially the only other option. I feel like I’ve kind of tapped myself out regionally. If there was an opportunity to travel and get some international fights against some intriguing opponents than yeah. But I want to fight against the best fighters in the world and I think that’s in the UFC. I don’t really think there’s anything else left for me. I can go and keep doing what I’m doing for sure but I really want to test myself against the best in the world.”

Scott Hudson on The Ontario MMA scene being revitalized: “There’s a lot more events now. There’s some competition as well. PFC that’s doing really good things and they’re bringing up really talented fighters. There’s lots of good fighters that are, in Ontario that can compete. For some of the higher-end guys in both promotions, they’re having to pull guys from the states and Brazil and all this other stuff. Just to get higher-end talent to fight the top guys. I mean it’s healthy. The province is a lot more open for business.”

The Ontario MMA scene being revitalized cont: “The changes to the athletic commission have been a lot more fighter-centric and promoter friendly….If you paid attention to the scene five years ago, it always seemed like the province was doing us a favor. Letting promoters hold events and trying to run a business. It was kind of a weird, weird vibe. That’s done now. It’s over. We’re here. It’s good. We don’t have to keep having these conversations about MMA being back in Ontario. It’s back, it’s here to stay, and that’s the way it is now.” 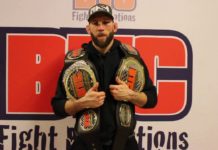 After BTC 8 Victory, Scott Hudson Is Looking to Make UFC His Next Stop 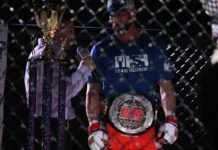