BTC’s 2nd Annual MMA Awards went down at the Waterfront Hotel in Burlington, Ontario on Saturday, January 18, 2020. The finest that BTC Fight Promotion has to offer were recognized with champions and prospects alike coming out.  Categories like knockout, submission, and fight of the year were classic staples to go by. Also handed out were more unique awards like the “Tough as Nails” award and “best weigh-in staredown” award.

Over the past few years, BTC has risen to become a bright spot in the Canadian MMA scene, helping bring the sport back to the forefront in their home province of Ontario.

Photograph of the Year: Patrick Duffy

Break Through Fighter of the Year: Teshay Gouthro

Rookie of the Year: Matt Speciale

Coach of the Year: Paul Jalbert and Lyndon Whitlock

Submission of the Year:  Bobby Poulter

Knockout of the Year: Serhiy Sidey

Fight of the Year: Adam Assenza vs Hamilton Ash

Fighter of the Year: Scott Hudson

Fighter of the Decade: Scott Hudson

For more information on BTC Fight Promotions, check out their website and social media. Their next show, BTC 9: Rampage goes Saturday, February 29. It emanates from  The Aud in Kitchener, Ontario. 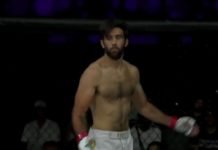 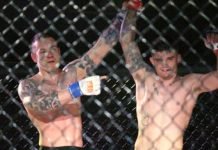 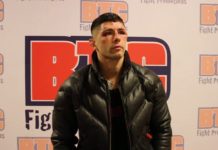