After fighting out his UFC deal, Thiago Alves has signed on with Bare Knuckle FC.

Thiago Alves is a UFC fighter no more. At least for the time being, Alves (23-15 MMA) has signed an exclusive deal with bareknuckle boxing organization Bare Knuckle FC. BKFC has made a splash over the past year and a half, scooping up a number of former UFC stars including Artem Lobov, Jason Knight, Chris Leben, Chase Sherman, Bigfoot Silva, Joey Beltran, Hector Lombard, and others.

Per a press release Wednesday, you can add Thiago Alves to that list. Pitbull last competed in December, suffering a loss at UFC on ESPN 7 to Tim Means. That marked the end of his UFC contract. Alves had been clear leading up to the fight that while he wanted to remain with the company, he was looking for the best offer possible.

It seems BKFC came through with that.

“I’m very excited to be part of the BKFC family,” said Alves in a statement in Wednesday’s press release. “I’m looking forward to testing my skills against anyone in my weight class. The ‘Pitbull’ is thirsty for blood!”

“Thiago Alves has been a staple in the UFC for a long time,” said David Feldman, BKFC President and Founder in the same release. “It’s amazing to have a fighter of this stature, and of this caliber, fighting for BKFC. Alves brings it each and every time he gets into the ring. On top of being a great fighter, he’s also a great person. That’s who we are aligning ourselves with. We can’t wait to have Thiago make his debut in April or May.”

Alves famously challenged Canadian legend and all-time great Georges St. Pierre for the UFC welterweight championship in 2009 at UFC 100. Things got rocky after that, with Alves going 6-9 in the years that followed. A failed attempt at moving down to lightweight saw him miss weight in a loss to Jim Miller at UFC 205. Alves would finish out his UFC run at welterweight. His final victory was a controversial split decision win over Max Griffin in February last year. 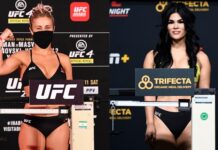 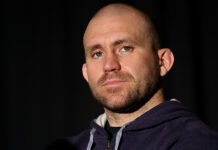 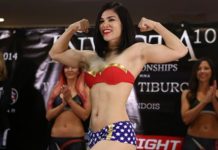