Returning to action on Wednesday, November 11 was Xtreme Fighting Championship, a mid-2000s MMA promotion making a bold return in 2020. Bold for a lot of reasons, not the least of which was hosting XFC 43, their first show in roughly four years, in the midst of a pandemic.

Aside from the timing, XFC looked to do something different by being a publicly traded company, awarding shares to the fighters involved. They also were jumping on the tournament bandwagon, joining the likes of Bellator and the PFL as recent returnees to the format (not a surprise, as the XFC of old also featured the tournament format).

For Wednesday’s XFC 43, which aired on NBC Sports Network, the promotion had collected a pretty solid cast of former UFC fighters and regional prospects. Among them, Andre Soukhamthat, a CES champion and former UFC fighter who headlined the card against Brazil’s Guilherme Faria. Also in action, Jessica Aguilar, the ex-WSOF strawweight champ and UFC fighter once considered the best 115lb’er on the planet. She faced off with Danielle Taylor, another UFC alum.

Check below for full results from XFC 43. And be sure to check out our interview with Tom O’Connor, who joins the lightweight tournament at the event. 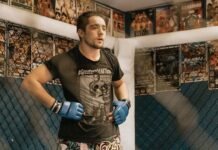 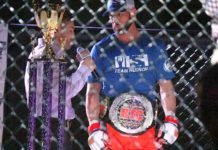