Demetrious Johnson’s next fight will have him, as expected, challenging for flyweight gold in ONE Championship. Late Sunday, ONE CEO Chatri Sityodtong announced on social media that ‘Mighty Mouse’ would take on flyweight champ Adriano Moraes on April 11 in China. No city was listed, and no other details regarding the card were announced.

BREAKING NEWS: Demetrious Johnson (30-3) will challenge ONE Flyweight World Champion Adriano Moraes (18-3) for the world title on April 11 in China!

Johnson (30-3-1), considered by many to be one of the greatest fights of all time, left the UFC for ONE Championship in a “trade” for Ben Askren in 2018. Upon his arrival in Asia’s ONE, ‘Mighty Mouse’ was inserted into the flyweight grand prix, which saw him pick up wins over Yuya Wakamatsu, Tatsumitsu Wada, and Danny Kingad, the later a former flyweight challenger in ONE.

With his grand prix victory, Johnson earned a shot at gold, which brings him to Adriano Moraes.

Moraes (18-3) is a three-time flyweight champion under the ONE banner, and is currently 5-1 across his last six fights. He holds notable wins over Kingad, Geje Eustaquio, and Kairat Akhmetov. The 30-year old Brazilian has fought exclusively for ONE since joining the promotion in 2013. Of note, however, it will have been well over a year between fights when Moraes steps into the cage against Demetrious Johnson. His last bout came in January 2019, against Eustaquio. 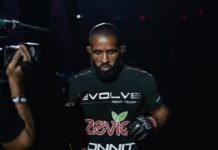 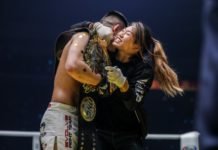