UFC 247: Jones vs. Reyes arrives this February, but the promotional launch came Friday with the first press conference for the event.

On the eve of their final PPV of 2019, UFC 245, Dana White and company will turn the spotlight on one of 2020’s first major events. UFC 247 is set to go down in February in Houston, Texas. Jon Jones will return, taking on Dominick Reyes atop the card.

In the co-main event, meanwhile, Katlyn Chookagian has a daunting task in front of her: women’s flyweight champion Valentina Shevchenko. A former bantamweight contender, Shevchenko has been dominant since arriving at 125lbs.

The major players, as well as UFC President Dana White, are expected to be on-hand for the kickoff press conference on Friday in Las Vegas. The festivities get underway at 6PM ET. Tune in to the live stream above! 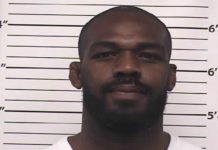