Charles Oliveria earned his sixth UFC win in a row at UFC Sao Paulo with a knockout victory over Jared Gordon.

Submission ace Charles Oliveira, who holds the record for most submission wins in UFC history, was back in action Saturday. Taking on Jared Gordon at UFC Sao Paulo, Oliveira was looking to build on a five-fight win streak and continue the hottest run of his UFC career. Gordon, in enemy territory in front of the always hostile Brazilian crowd, would have a tough test ahead of him.

Charles Oliveria got the hip toss right away, but Gordon was able to get back to the feet. Gordon was taking the fight to Oliveria early, pressuring him quickly to start the fight. As Gordon was moving forward, Oliveria dropped Gordon with a right hand, then as Gordon was getting up, hit him with an uppercut that put Gordon to sleep. Another knockout win for Charles Oliveria.

Charles Oliveira has now won six fights in a row and has been proving that he belongs in the top-10. His last loss was to Paul Felder over two years ago, and this win is just another win a series of redeeming wins for the Brazilian. He should absolutely be in line for a big fight after this win.

After the bout, Oliveira called for a ranked fighter next. He specifically reached for Conor McGregor, but then added that if he doesn’t get that, he’d love to try and erase that aforementioned loss to Paul Felder.

Charles Oliveria def. Jared Gordon by KO (Uppercut) in Round One (1:26) 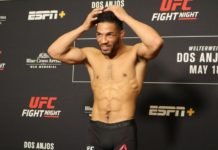 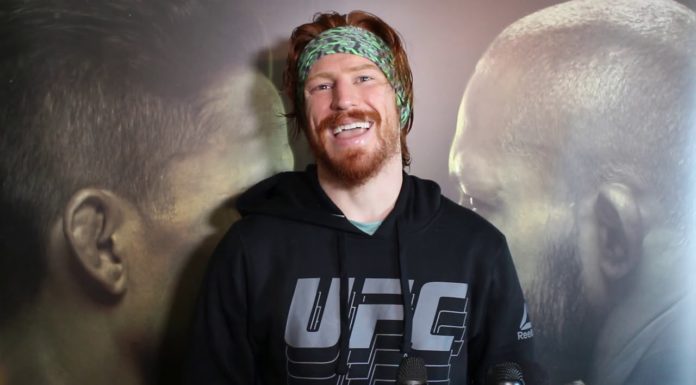