Joshua Pacio looked to defend his strawweight title, while Stamp Fairtex took on Bi Nguyen at ONE Championship: Masters of Fate in Manila, Philippines on Friday.

ONE Championship’s return to the Philippines had a strawweight title fight topping the card. Masters of Fate saw the Philippines’ own Joshua Pacio defending his title against Rene Catalan. Pacio was coming off a pair of fights with Yosuke Saruta, and looking to make the first title defense of his current reign.

Pacio vs. Catalan wasn’t the only big strawweight fight on the night, however. On the preliminary card, former champion Yoshitaka Naito returned, looking to build on a win over Alex Silva against Pongsiri Mitsatit.

Tune in come fight time for full results and a live stream of ONE Championship: Masters of Fate (where available). 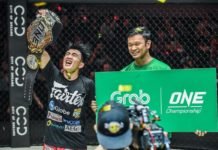 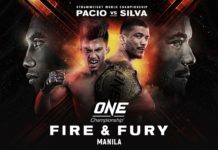