Colbey Northcutt, big sister of former UFC star Sage, has signed with ONE Championship, and will debut later this month.

Colbey Northcutt, who like younger brother Sage Northcutt has been involved in martial arts since she was a child, has signed with ONE Championship. Announcing the news on social media, Northcutt (0-1) revealed that she’ll be making her debut in just a few weeks time, at Edge of Greatness on November 22. The signing reunites the Northcutt siblings under the ONE banner, after they previously competed together in Legacy, as part of their Amateur series.

On Instagram, Northcutt wrote that “I am SO HAPPY to finally announce that I signed with [ONE Championship] and get to make my promotional debut on November 22nd in Singapore for ONE- EDGE OF GREATNESS! So many incredible things are in store and this is only the beginning! So stay tuned!”

Northcutt has competed just once as a pro, under the LFA banner in 2017. She lost that fight, suffering a ground n’ pound loss against Courtney King. Both fighters were in their pro debut; King now competes for Invicta FC.

Per a report by MMA Fighting, Northcutt is expected to face Indonesia’s Putri Padmi (0-1) in her debut. Padmi fought her lone pro bout last year at ONE’s Warrio’s Dream card. 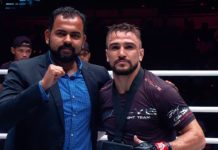 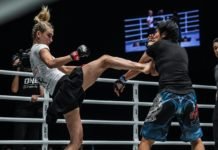