Ottman Azaitar shocked everyone, including Teemu Packalen, with a thunderous knockout of his opponent at UFC 242, which left Packalen twitching on the canvas, out cold.

A fight somewhat flying under the radar between lightweights Ottman Azaitar and Teemu Packalen wound up stealing the show at UFC 242. The pair opened the televised preliminary card in Abu Dhabi. It didn’t take long for Azaitar to pull off a highlight reel finish.

Azaitar chopped at his opponent’s lead leg, with Packalen on the outside. Packalen was able to grab a clinch and fire off some knees, but he was also eating some big shots in the process. Azaitar walked him down, continuing to throw as Packalen covered up. Packalen, having taken some damage, seemed to have slowed a step. Azaitar went to the body, then upstairs, and Packalen dropped, which may have been a balance issue. Either way he grabbed for a leg and was quickly back up. Azaitar continued to go to the body on the taller Packalen, but a thunderous right hand then ended Teemu Packalen’s night. The blow landed behind the ear, and Packalen was left twitching on the canvas after a downright scary finish. 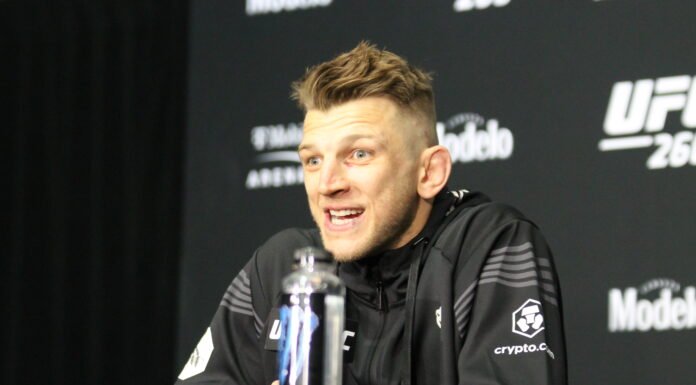