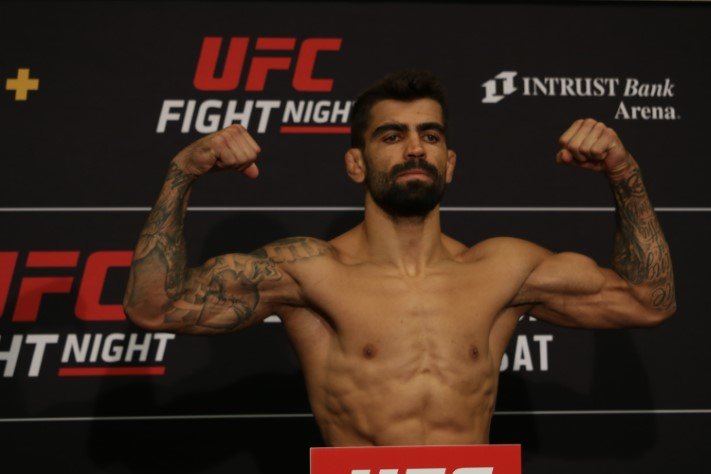 UFC Shenzhen goes down in just a few hours with the strawweight title on the line between Jessica Andrade and China’s own, Weili Zhang, and Cageside Press has their picks set.

In the main event of UFC Shenzhen, Weili Zhang will attempt to win the strawweight title in her home country of China against Jessica Andrade. This is only Zhang’s fourth fight in the UFC, but she has looked dominant in wins over Tecia Torres, Danielle Taylor, and Jessica Aguilar. This will be Andrade’s first defense of her belt since knocking out Rose Namajunas in May. She is 7-1 since moving down to strawweight from the bantamweight division. All but one writer picked the champion.

The co-main event is a certain fight of the night candidate between Li Jingliang and Elizeu Zaleski dos Santos. Jingliang is an incredibly entertaining Chinese fighter, winning post-fight bonuses in four of his last five fights. Dos Santos is climbing up the welterweight division wonderfully with a seven-fight win streak, finishing four of those fights. All but two fighters picked the Brazilian.

Flyweights are on the main card as Kai Kara-France faces Mark De La Rosa. Kara-France has won his last seven fights with the last two coming inside the Octagon. De La Rosa is an even 2-2 in the UFC thus far. Kara-France was unanimously picked.

Yanan Wu will welcome Mizuki Inoue to the UFC. Wu missed weight for this bout, but is coming off her first Octagon victory, a first-round armbar. Inoue is a fan-favorite from Invicta FC, and she has won four of her last five fights with three armbars. This is the closest fight on the main card, with seven picks going to Inoue and five going to Wu.

Kenan Song vs. Derrick Krantz will not be picked due to its fight-day addition to the main card of UFC Shenzhen.