Bigfoot Silva vs. Gabriel Gonzaga is a fight the UFC never made, so Bare Knuckle FC is booking it for October’s BKFC 8.

The bare knuckle boxing wave continues, with BKFC at the forefront. And it continues to piggyback on MMA notables from yesteryear. On Wednesday, BKFC (Bare Knuckle FC) announced that a heavyweight showdown between Bigfoot Silva and Gabriel Gonzaga would be the BKFC 8 main event this October.

The promotion, who has dipped into the MMA pool with names like Chris Leben, Jason Knight, and Artem Lobov, have gone back to the early 2010s on this one. Gonzaga (17-12 MMA) was with the UFC from UFC 56 in 2005, all the way to a 2016 loss to Derrick Lewis. He then left the sport, saying he’d return for a hefty payday, and dabbled in boxing. The Brazilian, legendary for turning the tables on Mirko Cro-Cop with a head kick KO of his own, returned to action last year, losing to Alexander Emelianenko in Russia.

Gonzaga would earn a title shot off the Cro-Cop knockout, but lose to Randy Couture at UFC 74. He briefly left the promotion in 2011, but was back the following year.

Antonio ‘Bigfoot’ Silva (19–12 (1) MMA) was signed by BKFC just weeks ago. A former UFC and Strikeforce heavyweight, he’s best remembered for finishes of Fedor Emelianenko and Alistair Overeem, plus his brilliant battle with Mark Hunt in their first meeting, widely considered one of the best heavyweight fights of all time.

However, Silva’s UFC run ended in a downward spiral, going 1-6, 1NC then picking up two more losses outside the promotion. He has not fought in MMA since 2017.

Both fighters were quoted in Wednesday’s press release.

“It’s a great honor for me to fight for a great new company like BKFC,” said Silva. “They are doing everything right and this is a great opportunity for me to showcase my boxing. Fighting with bare knuckles is where it all started for me. I will be ready for Gonzaga, so he better be ready for me. I’m fighting for my children and nothing will stop me.”

“I have fought everywhere in the world, in the biggest organizations, and bare knuckle is exciting, pure and it’s where it all started,” said Gonzaga. “I am excited to have the second half of my career fighting for BKFC. I have no doubt I made a great choice and BKFC will be one of the biggest promotions in the world. I can’t wait to fight ‘Bigfoot’ Silva. He is a great fighter, but I am coming ready to win.” 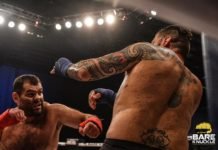 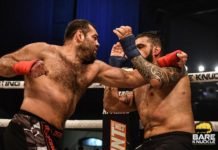 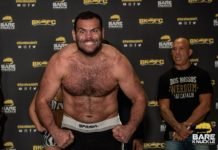