Despite not having his coach in his corner on the Contender Series this week, Dusko Todorovic says getting to the UFC was the easy part. The hard part will be staying there.

Las Vegas, NV — If you were to pick a sure finisher heading into the tenth and final week of Dana White’s Contender Series Season 3, Dusko Todorovic would have been a safe bet.

The Serbian middleweight, who entered the night a perfect 8-0, had finished each and every one of his pro fights. He’d never even been to the third round, in fact.

Canada’s Teddy Ash, a far more experienced 185lb’er, pushed Todorovic, however. The 25-year old from Serbia got the win, but he also went the distance for the first time in his career. Luckily, despite Dana White favoring fighters who finish, Todorovic also earned a UFC contract.

“Getting here was the easy part. Now the hard part is to stay here,” he told media outlets including Cageside Press following the fight. “I’m glad I got this opportunity. I managed to get the W and on top of that the contract. My emotions still haven’t settled in. It’ll take a couple days.”

The lack of a finish was a concern, but not the be-all, end-all you might think, said Todorovic. “I know Dana wants a finish, and if you look at my record, I have all finishes. This is my first decision, on the biggest night of my life. That certainly wasn’t good, but against a guy who’s tough like Teddy Ash, I don’t find another solution other than to dirty box, clinch, and try to wear him out.”

“He just kept coming,” Todorovic recalled. “I’m sorry for making that performance for you guys, but that’s all I could do at the moment.”

As soon as Dana White started talking about not liking the fight, however, Todorovic knew that “there was going to be a big ‘but.'” It’s something White “always does.” So he was relatively sure he’d done enough to earn a UFC deal.

“I’m aware of my record. I’ve beaten real guys. I’ve beaten Alexander Poppeck, who was a contender [previously], and Michel Pereira. I’ve had tough fights, and I believe I belong here,” he added.

On the fight with Ash, “this match was stylistically bad for me, even in terms of getting a finish, but I proved that I can deal with adversity.” Ash, he feels, threw everything he had during the fight.

Plus, Todorovic had his own troubles even before the fight. “I don’t want to look for excuses or anything, but my head coach didn’t get a visa, and my manager didn’t get his visa. So I came here alone,” he revealed.

“In my corner there was like, two friends, I just train with them. I didn’t have a corner, I didn’t have my coach who was with me my whole career and has had a huge influence on me,” he continued. “But like I said I don’t want to look for excuses. It is what it is. In the long run, this decision win is good for me. To face this at this point, it’s good for me.” 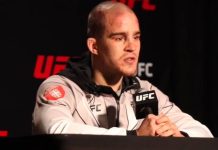 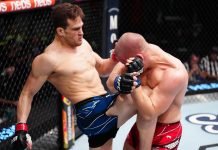