In a rather shocking decision, the UFC has cut former top fifteen middleweight Elias Theodorou. The news was first reported by Brazil’s Combate and Canada’s TSN. The move comes after Theodorou (16–3) lost to Derek Brunson in the co-main event of UFC Ottawa earlier this month. While not the most popular fight with fans, ‘The Mane Event,’ who had a sponsorship with Pert Plus and has dabbled in modeling, podcasting and acting, was on a 3-1 stretch, and 8-3 in the UFC overall.

The UFC has not officially confirmed Theodorou’s release.

There’s little question that Theodorou’s fighting style cost him in this case. But it’s doubly surprising given that UFC Senior Vice President of International and Content, David Shaw, told Cageside Press that the UFC needed local stars to grow the sport from region to region, despite the Canadian fan base being one of the most rabid in MMA.

Theodorou was, without question, one of the highest profile Canadians on the UFC roster in the wake of Georges St. Pierre’s retirement, and Rory MacDonald’s defection to Bellator. Speaking of which, Scott Coker’s promotion would be wise to jump on the middleweight, who would add instant value to their 185lb roster, currently reigned over by Gegard Mousasi.

Theodorou is also known as Invicta FC’s “ring boy,” and had campaigned for THC reform by USADA, who continue to cling to outdated rules governing marijuana. 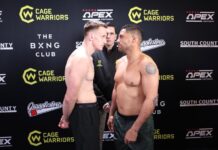 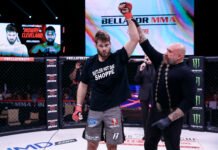