LFA veteran Alton Cunningham will get a second shot on the Contender Series this summer against Tony Johnson.

The big hit show, Dana White’s Tuesday Night Contender Series, is back for a third season this summer. Contracts have been sent out to fighters and fights are already being booked. Sources have now confirmed to Cageside Press that a light heavyweight bout between Alton Cunningham and Tony Johnson will go down on June 25.

Alton Cunningham is 7-1 as a professional fighting out of Madison, Wisconsin. He has had three appearances for Legacy Fighting Alliance going 3-0 for the promotion. In October of last year, Cunningham moved up to light heavyweight from middleweight and is 2-0 in the division.

Cunningham appeared last season on the Contender Series but came up short to current UFC fighter Bevon Lewis. He’s only 25-years-old and trains out of Pura Vida BJJ/MMA. Cunningham has a perfect finish rate as a pro and an amateur.

Standing across from Cunningham will be 35-year-old Tony Johnson. Fighting out of San Jose, California, and 7-3 as a professional. He’s currently on a three-fight win streak after a loss to former UFC fighter Clifford Starks.

Alton Cunningham was featured in Cageside Press’ 10 light heavyweights the UFC should sign in 2019 article. 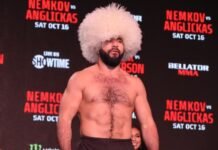