Two former Ultimate Fighter winners are set to face off in Las Vegas for UFC 239.

Diego Sanchez, the winner of the first season of the Ultimate Fighter is on the comeback trail at welterweight. After a rough patch where he lost three of four in 2016 and 2017, he’s won two fights in a row since moving up to 170 pounds. Sanchez has defeated two younger prospects in the way of Craig White and Mickey Gall with ease. Following the win over Gall at UFC 235, there was talk of Sanchez facing off with fellow veteran Demian Maia. However that fight couldn’t come together, and he’s now set to face Michael Chiesa at UFC 239. ESPN was first to report the booking.

Michael Chiesa is also a former lightweight Ultimate Fighter winner (Season 15) who has headed up in weight. Chiesa moved up following missing weight for his fight against Anthony Pettis last July; following the bout, he announced he would be moving up to welterweight. His first fight at 170 was a showdown with former champion Carlos Condit at UFC 232, where he won via second-round submission.

This is the 19th time that a pair of Ultimate Fighter winners have faced off against each other. It’s worth noting that this is Diego Sanchez’s 3rd time facing off against a former winner, and he won both of his previous match-ups. Sanchez defeated both Joe Stevenson and Ross Pearson previously.

UFC 239 is set to be the headlining card of July’s International Fight Week. The card itself is to be headlined by a pair of championship bouts. In the main event, Jon Jones defends his light-heavyweight championship against the surging Brazilian contender Thiago Santos. The co-main event of the card sees UFC Bantamweight and Featherweight champion Amanda Nunes defending her bantamweight title against former champion Holly Holm. 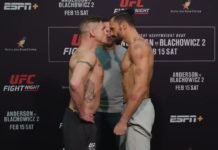 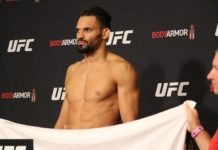