23-year-old Jalin Turner will make his third walk to the Octagon on Saturday night as he fights Matt Frevola on the featured ESPN prelim bout at UFC 236.

Although he is still relatively young in his combat sports career, Jalin Turner has plenty of experience under his belt. His first two professional fights were under the BAMMA banner, he is a two-time Bellator MMA vet, and he will make his third walk to the Octagon at UFC 236.

Nerves don’t exist for Turner as it comes to his MMA preparation. That’s because proper training equals peace of mind for the “Tarantula.”

“If you have a plan and you map it out and you mull it through, then you should expect the good things that come from executing that plan,” Turner told Cageside Press in a recent interview.

Turner is an exciting lightweight prospect. He boasts a record of 8-4 and is coming off his first victory inside the Octagon. He is very detail oriented when it comes to his training camps, and, for the most part, Turner has kept everything the same for this fight.

“I kept everything the same, nothing changed too much,” Turner said of his fight preparation. “I did a little more strength and conditioning for this camp. I started doing that before my last fight, my last training camp. I love the difference I felt. So I got a little more serious about that.”

“Everything else, my striking, sparring, everything, it’s all been the same. I didn’t get out of shape so there was no reason to add on anything different.”

The lightweight division is where the 6’3 Turner competes. How the “Tarantula” makes the 156-pound limit is beyond belief. But as Turner explains, it’s really not that bad when you have the leading minds in the MMA world at your disposal.

“It’s a little bit of a process,” Turner said. “But it’s not bad. I actually went to the UFC Performance Institute and I did a whole body mass testing. They said it’s ideal I fight at 155 (pounds) because I have 160-pounds of lean muscle mass on me.”

He continued, “It’s just not ideal for me, I’m still gonna be outmatched. That’s just how the game is, guys are looking for as much of an advantage as they can get. So, I gotta cut the weight.”

Turner will cut the weight, make weight (presumably) and make his third walk to the Octagon on Saturday night at UFC 236. The event airs live from the State Farm Arena in Atlanta, GA. 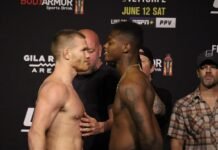 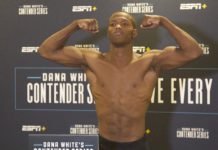 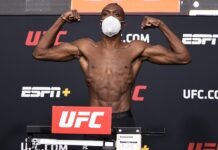