Scott Coker’s Bellator MMA continues to shore up its impressive welterweight division with the addition of Japanese standout Kiichi Kunimoto.

Bellator has added another experienced name to its welterweight ranks. One of the deepest divisions in the promotion, the 170lb weight class will now be joined by UFC and RIZIN FF veteran Kiichi Kunimoto. Gong Magazine was first to report the news. No time table has been set for Kunimoto’s promotional debut. However, per Gong’s initial report, Bellator’s return to London, and its ongoing European series, are possibilities.

‘Strasser’ went on to join RIZIN FF where he won two straight fights, the most recent a submission of Ryuichiro Sumimura at RIZIN 12 last August. The Japanese welterweight has also competed for Pancrase and HEAT, where he earned and defended the welterweight title prior to joining the UFC.

Kunimoto’s most memorable performance for UFC fans likely came at UFC 174 against Daniel Sarafian. The Performance of the Night showing saw Kunimoto submit Sarafian by rear-naked choke in under a round. 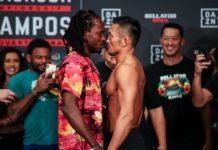 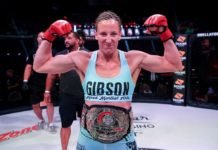