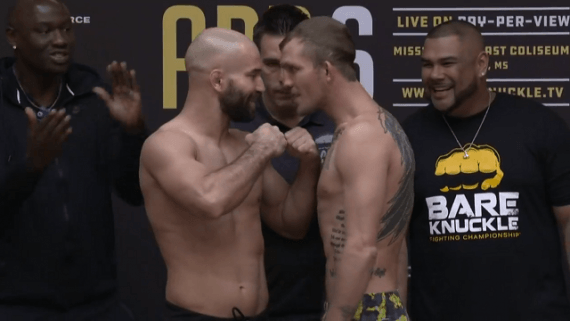 The main event of BKFC 5 delivered a bloody battle between former UFC fighters. Here are the full results from the card:

The bouts will be broadcasted live on FITE TV.

Tidbit: Due to inactivity in his bout, Rusty Crowder forfeits half of his fight purse which gets given to his opponent, Reginald Barnett Jr, the promotion announced between bouts.