Paulina Granados is back from a stint on The Titan Games, and is ready to focus on Combate Americas: Reinas opponent Gloria Bravo.

Combate Americas atomweight Paulina Granados (4-3) returns later this month at Reinas, the promotion’s latest stop in Los Angeles. ‘Firefox’ has fought her last three bouts in the promotion. A loss to Kyra Batara snapped a two-fight winning streak last time out, at Combate’s Queen Warriors event in December 2017. Since then, she’s had a bout cancelled, which has kept her away — plus a stint on TV show Titan Games.

“Being on the Titan Games was one of the best experiences of my life,” Grandados told Cageside Press this week. The show is a sports competition reality series, a modern twist on American Gladiators. Hosted by none other than Dwayne ‘The Rock’ Johnson. “I really felt like a star. They just gave you that star treatment. It really raised my standards as to how I get treated,” Granados said of her experience on the series.

“Combate treats me well too. I’m just really happy, really high on life right now,” she added. It’s not the first time Granados has had her profile raised outside the cage. She also took part in a voter initiative, saying “it was really cool getting my voice out there, my story, and my opinions. I’m political Polly now.”

Campbell McLaren, Combate Americas CEO, broke in to hype Granados up a little. “She’s fantastic. Paulina’s the most exciting fighter in Combate, there’s absolutely no doubt. Her fights are the ones we use in the clips over and over and again.”

“She’s cute as hell, but she’s a f*cking killer.” That’s some high praise.

Granados wasn’t expecting to be out of the cage over a year. However, multiple fights wound up falling through in 2018. “I wasn’t supposed to be out this long. I did have a fight scheduled last April, my opponent pulled out the week of the fight,” she told Cageside Press.

A second opponent then pulled out of another fight. While Granados is hoping to get at least one of those fights back, “right now I’m just going to focus on Gloria Bravo, who is coming down from 115,” she said. “[Bravo] actually got TKO’d by [Melissa Martinez]. She doesn’t really like to get kicked, so you can imagine what I’m going to do.” 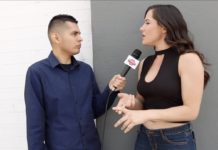 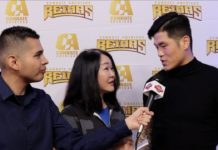 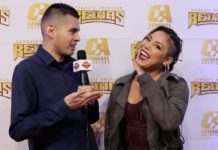