The opening round of the upcoming Invicta FC atomweight Phoenix Series tournament will have fans play matchmaker.

On Monday, Invicta FC officials announced via press release that fans would be able to vote for the quarterfinal match-ups. The one-night tournament is set to take place on June 11.

“Invicta continues to innovate with the introduction of a fan-matchmaking element for our next Phoenix Tournament,” promotion President Shannon Knapp was quoted as saying in the release. “Playing fantasy matchmaker is a big part of MMA fandom, and we’re giving fans the chance to weigh-in on the opening round of a one-night tournament that will crown the new No. 1 Invicta atomweight contender.”

Knapp went on to praise Invicta’s implementation of the single-night tournament format.

“The Phoenix Tournament format itself is perhaps the biggest MMA innovation in years: the return of single-night tournaments, open scoring, five-minute fights in the quarters and semis before the two finalists meet in a three-rounder. It is a unique format and having fans vote on the initial bracketing is just another wrinkle to what we feel is the most exciting format in combat sports.”

Fans can vote for the quarterfinal pairings via the Phoenix Tournament Voting Portal. The event will air live on AXS TV, Fight Network in Canada, and on Invicta’s Youtube channel. 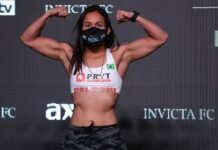 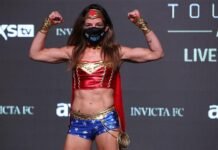 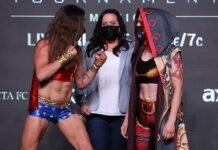