The UFC is returning to Stockholm, Sweden in June with a Fight Night event, but when UFC Stockholm arrives, who will they bring with them?

The UFC announced on Saturday that it is returning to Stockholm, Sweden. Making the announcement on social media, and creating a micro-site on UFC.com, the promotion revealed that its return to the Swedish city will take place on June 1st. No other details were made available, however it’s easy to speculate on who might be part of the card.

Sweden!! We're back at #UFCStockholm on June 1st! 🇸🇪

Here's how to get your tickets early ➡️ https://t.co/LFE5rsJ2BI

The name at the top of everyone’s list, of course, will be Alexander Gustafsson. The three-time UFC light heavyweight title challenger just lost his second fight with Jon Jones, at UFC 232 in December. Gustafsson (18-5) is 3-4 in his last seven fights, dating back to his first bout with Jones at UFC 165 in Toronto. However, it is worth noting that three of those losses came in title fights. The other was a knockout at the hands of Anthony Johnson.

Lina Lansberg (8-4) has not fought since October at UFC 229. With no fight announced currently, it’s presumable that she would also be available. 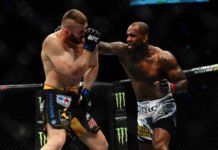 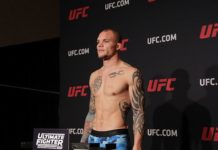