Zebaztian Kadestam will make his first defense of the welterweight title at ONE Championship: Reign of Valor in Myanmar this March.

ONE Championship has announced the main event of Reign of Valor, it’s upcoming card in Yangon, Myanmar. With ‘The Burmese Python’ fighting at ‘A New Era’ in Tokyo, Reign of Valor will instead see a welterweight title fight top the card. In it, newly crowned welterweight champ Zebaztian Kadestam will defend his belt against Kazakhstan’s Georgiy Kichigin. The promotion announced the news in a press release Monday.

Kadestam (11-4) was defeated by Ben Askren in his first shot at the title in ONE. However, he bounced back immediately with a win over Agilan Thani, then found himself fighting American Tyler McGuire after Askren retired prior to being traded to the UFC. Kadestam also holds a notable win over Luis Santos under the ONE banner.

Reign of Valor will be the ONE debut for challenger Georgiy Kichigin (20-5). Kichigin will enter the fight on a 14 fight win streak, and is coming off a win over ex-UFC fighter Rousimar Phalares. He also claimed the Fight Nights Global welterweight championship during that run.

The full card as it currently stands is below. ONE Championship: Reign of Valor takes place March 8 at the Thuwunna Indoor Stadium in Yangon, Myanmar. 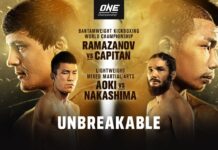 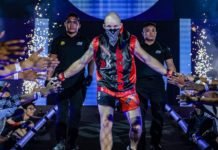