After Dwight Grant was briefly linked to the bout, Contender Series alum Kyle Stewart steps in to face Chance Rencountre at UFC Brooklyn.

With less than a week to go before the event, the UFC has found an opponent for Chance Rencountre. On Monday, noted MMA journalist Damon Martin (formerly of Fox Sports) was among the first to report that Contender Series vet Kyle Stewart will step up to take the fight on short notice. Stewart replaces Randy Brown, who was pulled from the card for undisclosed reasons.

He also technically replaces Dwight Grant, who was briefly linked to the bout. However, a medical issue prevented the New York State Athletic Commission from clearing him to fight. That opened the door for Stewart, who appeared on the first season of the Contender Series. 11-1 as a pro, he defeated Jason Jackson on the show, but did not win a UFC contract. The finish coming due to a leg injury likely had something to do with that.

He’s got his shot now, however. The MMA Lab fighter is 3-1 since his appearance on the Contender Series, competing mainly under the LFA banner.

Meanwhile, Chance Rencountre (12-3) is probably just happy to finally have an opponent in place. A Bellator MMA alum, he fell to Belal Muhammad in his promotional debut at UFC Fight Night 131 last year. 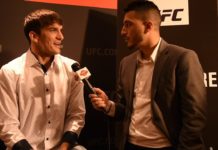 UFC 244’s Chance Rencountre: “We’re All Tough at This Level of the Game, It’s How We Can Edge Each Other Out” 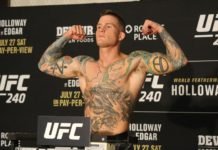 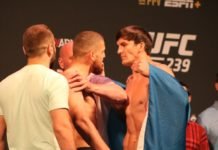 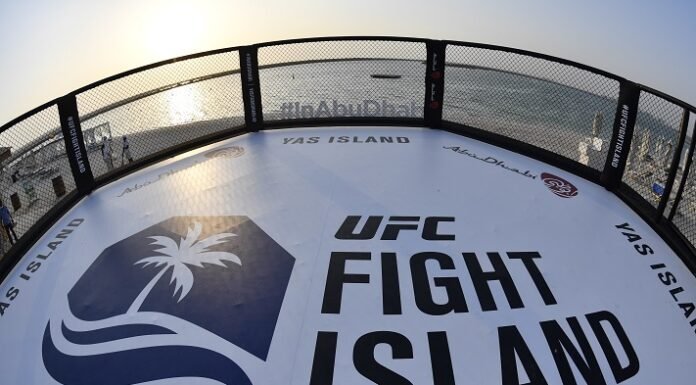