One of Bellator’s top prospects in the 170lb division returns at Bellator 216, as Logan Storley will face Ion Pascu at the event.

Bellator’s back-to-back extravaganza at the Mohegan Sun Arena in Connecticut continues to grow. On Monday, Cageside Press confirmed with Bellator MMA officials an initial report by MMA Junkie that Logan Storley had been added to Bellator 216. There, he’ll face Ion Pascu on the preliminary card. Bellator 216 is the second consecutive shows at the venue for the Viacom-backed promotion, and is topped by a hotly anticipated welterweight grand prix grudge match between Paul Daley and Michael Page.

An undefeated welterweight, Storley (9-0) will be looking to make it ten straight, and five straight in Bellator when he hits the cage in Uncasville. The standout wrestler and top prospect holds wins over A.J. Matthews and Matt Secor among others under the Bellator banner, after competing mainly for RFA and LFA earlier in his career.

That impressive streak now brings him up against Ion Pascu (18-8), who is coming off a loss to Lorenz Larkin last year at Bellator 207. Pascu has been trading wins and losses of late, splitting his time between BAMMA and Bellator. Prior to the Larkin loss, he earned a unanimous decision win over Alex Lohore at BAMMA 35. 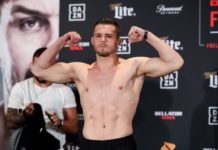 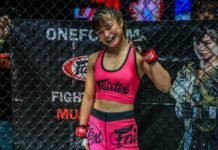