Zak Ottow believes he will return to the UFC with a win at XMMA 4.

Ottow (20-7) returns to action for the second time in 2022 this Saturday. He faces fellow former UFC fighter Kyle Stewart in the main event of XMMA 4: Black Magic.

“The Barbarian” is coming off a first-round submission win over Derek Smith in January. He initially thought that would be enough for him to return to the UFC.

“I thought three in a row would probably do the trick,” Ottow told Cageside Press in an exclusive interview. “But that fight just happened in January, and I don’t really want to just sit and wait. I want to stay active and keep building up my resume and keep getting in there. Keep getting better. Keep, you know, testing myself, and so I took this fight. So, let’s make it four in a row. Get another finish and make it hard for them not to take me.”

Ottow is 3-0 since fighting out his UFC contract in 2019. Now at a new weight class, he feels like the time is perfect for another run inside of the UFC. First, he has to get through a tough veteran like Stewart. The Wisconsin native believes he will get the finish before the fight is over.

“I always go for the finish, but I know not to rush it or hunt for it. It always just kind of seems to fall in my lap. XMMA pays a little bit extra if you get a finish, which is nice. If it’s on the regional level, I tend to get those [finishes]. It may take a little bit of time, though; I know he’s tough, maybe a second or third round,” Otttow said.

With a win, Ottow absolutely believes the UFC will resign him.

“Yes. Yep. Yeah, I’m gonna get this win, and then yeah, my poor manager. I am going to be a major pain in the ass after this. I wanted an opportunity like this,” Ottow said. “So, I’m pretty excited for this fight. And this is the right fight for me. It’s the right organization. But after this, if I get another win, Jason House is going to f*cking hate me because I’m going to be in his DMS every day.”

Watch the rest of our interview with Zak Ottow, where he talks about his UFC release, Montel Jackson, coaching, XMMA 4, and more. Ottow vs. Stewart goes down this Saturday, April 2 at XMMA 4, which you can watch on XMMA.com 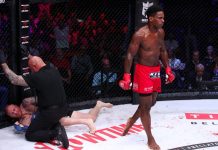 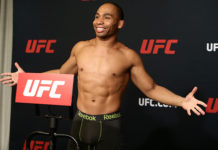