Could Mamed Khalidov avenge his loss to Tomasz Narkun from earlier this year at KSW 46? Or would history repeat itself?

Poland’s KSW was back in action on Saturday with KSW 46, live from Arena Gliwice in Gliwice, Poland. Kicking off at 1PM EST, the card was topped by a catchweight super-fight between former middleweight champion Mamed Khalidov and light heavyweight king Tomasz Narkun. The pair had met previously in a non-title fight, with Narkun getting the upper hand. Khalidov later vacated his middleweight title and focused solely on pursuing the rematch.

He’ll get a chance to avenge a rare loss when he takes on Narkun for the second time on Saturday at KSW 46, at a catchweight. In the co-main event, meanwhile, Mateusz Gamrot and Kleber Koike Erbst will battle for the promotion’s vacant featherweight title.

Update, 6PM EST: After losing a unanimous decision in the main event at KSW 46, Mamed Khalidov took off his gloves and left them in the cage. While it’s not certain, it appears MMA may have seen the last of the talented middleweight, who gave up his title to pursue the rematch with Narkun.

For KSW 46 results, see below. Weigh-in results are also posted. The card airs starting at 1PM EST time for those in the west, streaming via KSWTV.com 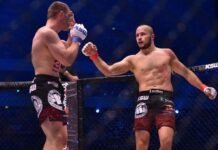 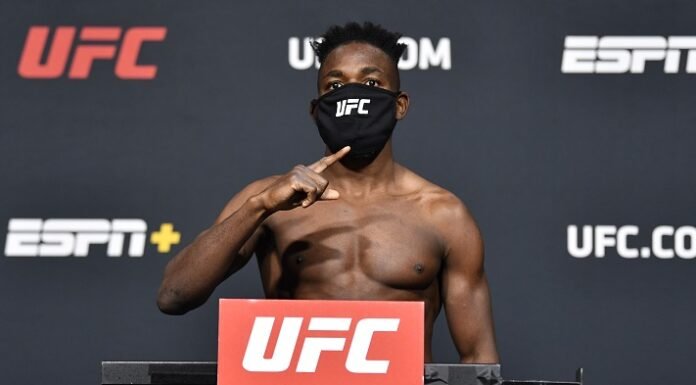