In a joint press conference with DAZN, Bellator announced more details about the Bellator Welterweight Grand Prix that is set to begin on September 29.  Scott Coker announced that there are plans for ten fighters to be a part of the tournament in some capacity and that welterweight champion Rory MacDonald will be part of the roster.

As reported by Brett Okamoto of ESPN, nine of the ten announced fighters are: Rory MacDonald, Michael Page, Jon Fitch, Ed Ruth, Andrey Koreshkov, Douglas Lima, Neiman Gracie, Lorenz Larkin, and Yaroslav Amosov.  Eight fighters will be part of the tournament to begin.  There will also be two qualifying bouts and the winners of those bouts will enter the main tournament bracket.  Though not confirmed, it is expected that lesser known up and comers such as Amosov or Ruth could be in those qualifiers to round out the field of eight as was seen in this year’s Heavyweight Grand Prix.

Currently, welterweight champion MacDonald is slated to challenge Gegard Mousasi on September 29 for the middleweight title as he pursues becoming a two-division champion for Bellator.  Per Scott Coker, MacDonald will be participating whether he wins or loses and it was hinted that he would be entering the competition around February.

Notably absent is welterweight stand-out Paul Daley who recently completed the last fight of his Bellator contract.  Daley has spoken out that he feels under appreciated by the promotion but Coker insists that the company is still interested in doing business with “Semtex.”  At the press conference, it was stated that the promotion was looking to re-sign Daley and bring him into the tournament.

Daley took to Instagram earlier today and indicated that he was aware of the interest in a bout between himself and Michael Page.  He stated that he and Bellator had agreed to several terms and there was only one point left to be sorted out before he joined the tournament.  Just a half-hour later, however, Daley posted a picture of the tournament roster with the caption stating “Guess they decided they didn’t want it.”  It is unclear if negotiations fell apart with Daley or if he was unaware that the roster is incomplete.

The main question that remains to be answered is how the promotion will sort out their championship situation following the tournament.  It is currently unclear if MacDonald’s welterweight title will be on the line as he enters the competition or if the tournament winner will be set to face MacDonald after the tournament has concluded.

The first bout of the tournament to take place on September 29 will feature former champions Douglas Lima and Andrey Koreshkov meeting in a rubber match.  Koreshkov previously won the title by defeating Lima by decision in 2015.  Lima then regained the belt by knocking out Koreshkov in the third round a year later.  At this time, no other tournament bouts have been announced. 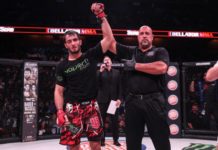 Bellator Fans in the UK Got Peppa Pig Instead of Mousasi vs. MacDonald 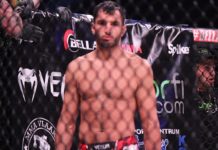 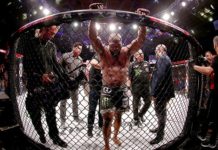