No one in the UFC, apparently, has told Sam Alvey about the definition of insanity. At UFC Orlando, he’s looking for different results when he again steps in as an injury replacement.

After taking a short notice fight against Ramazan Emeev at UFC Gdansk, Sam Alvey is at it again. Albeit this time with a little more time to prepare. And moving up in weight. As first reported by the Orlando Sentinel, Alvey (31–10 (1)) has stepped up to replace the injured Joe Collier at the UFC Orlando card. Otherwise known as UFC on FOX 28, the event will see Alvey face Marcin Prachnio at light heavyweight. Alvey has fought at middleweight for the majority of his career.

Poland’s Marcin Prachnio (13-2) will be making his promotional debut on the night. The Warsaw native has been fighting in ONE Championship of late, where he was undefeated in four fights. Currently on an eight fight win streak overall, Prachnio is coming off a knockout victory over Gilberto Galvao in August. Eleven of his thirteen career victories have come via finish, with ten of those coming by KO/TKO.

‘Smilin” Sam Alvey, meanwhile, saw his short notice fight against Emeev backfire at UFC Gdansk when he missed weight for the extremely short notice fight, then lost a unanimous decision. Prior to that, however, Alvey had picked up one of the biggest wins of his career when he defeated former UFC light heavyweight champion Rashad Evans. Alvey is 8-5 in the UFC to date. 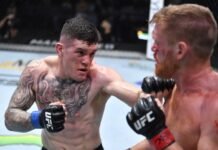 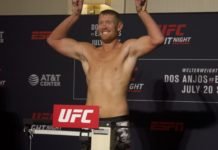