KSW’s next show has its headliner, as the promotion has scheduled a champion vs. champion fight for the KSW 42 main event.

With champion vs. champion battles all the rage in MMA of late, Poland’s KSW is getting in on the action. Now one of the largest players in Europe, the promotion has set its middleweight and light heavyweight champions on a collision course in the KSW 42 main event. There, middleweight King Mamed Khalidov will face light heavyweight title holder Tomasz Narkun.

Khalidov last defended his middleweight title against Aziz Karaoglu at KSW 35 back in 2016.

Tomasz Narkun (14-2) captured the KSW light heavyweight title at KSW 32 against Goran Reljic. He has won all three title defenses since, including one against Pride, UFC, and Bellator vet Rameau Thierry Sokoudjou, himself a former KSW champion. Narkun will enter the battle against Khalidov on a five fight win streak dating back to May 2015. 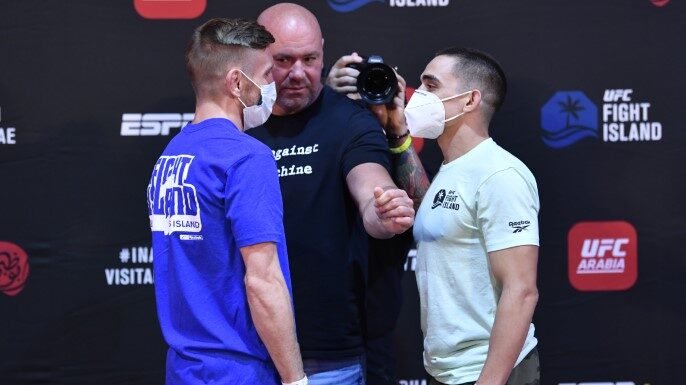