Well, that didn’t take long at all. Mere weeks after two-time welterweight title challenger Carlos Condit asked UFC matchmaker Sean Shelby for a fight, he’s got one. Of course, putting the talented striker back in the octagon is a no-brainer, so it’s not at all surprising. Opposite Condit in the cage for his return will be welterweight workhorse Neil Magny. The bout will go down at UFC 219 in Las Vegas this December.

Condit (30–10) has not been seen since August 2016, when he dropped the second of two straight bouts to Robbie Lawler (for the UFC’s 170lb title) and Demian Maia. At the time, it seemed as if we’d seen the last of Condit, who had openly talked about retirement. Not much was seen or heard of the Natural Born Killer since then, but he has remained a consensus fan favorite despite his absence, and fans will be thrilled to see him back.

The role of welcoming committee (or welcome back committee) in this case will be played by Neil Magny. Magny (19–6), who got his start in the UFC on The Ultimate Fighter 16, has fought an impressive 17 times since his first UFC bout in 2013. After embarking on a seven fight win streak in 2014-2015, Magny went 4-3 in his next seven fights, culminating with a submission loss to Rafael dos Anjos last month.

UFC 219 takes place at the T-Mobile Arena in Las Vegas, Nevada December 30. No main event has been unveiled for the card as of yet. 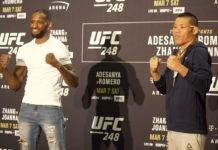 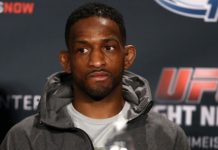