Immortal: perpetual, lasting, constant. Perhaps no nickname in the UFC, or all of mixed martial arts, embodies a fighter as ‘The Immortal’ Matt Brown’s does.

‘The Immortal’ Matt Brown has been competing at the highest level in the UFC welterweight division for a decade and he has shown no sign of slowing down. Cageside Press recently caught up with the perennial top contender to talk about USADA, his upcoming fight, how he feels about the ‘Snoopcast’, and more.

Nearly a decade ago Brown made his UFC debut, a time period way before USADA in which performance enhancing drug usage was much more rampant than today.

Brown’s name has never been linked to PEDs, nor has he ever had a positive test from USADA or any athletic commission for the matter. Is ‘The Immortal’ glad that USADA is finally doing their thing in the UFC?

“The sooner the better,” Brown said. “I really respect the efforts of Dana (White) and the UFC staff for implementing it, better late than never. The sport has grown tremendously these last 20 years, and this is the next evolution.”

There is no doubt the sport of MMA has arrived in the mainstream. Brown is one of the fighters that helped get it there. His opponent at UFC Norfolk had a hand in it as well, The Ultimate Fighter’s first winner, Diego Sanchez.

“I was surprised when the UFC offered me Diego,” said Brown. “He hasn’t fought at 170 in a long time, but this is a great fight and I’m happy to have it.” The fans are happy to have this fight as well, it will be nothing short of a war. “The Immortal” is something of a regular when it comes to wars, that is, many of his fights turn into barn burners. What does Brown consider his most memorable performance?

“I think I have more highlights to come,” the Ohio native said. “But probably the Erick Silva fight, not just because it was a great fight, but because my whole family was there and my kids got to come in the Octagon after I won the fight.”

One of the most admirable characteristics about Brown is his willingness to call it as he sees it, and in today’s day and age that is a great quality. Many MMA fighters and aficionados alike were left with a bad taste in their mouth at the way Snoop Dogg represented the UFC during his commentary duties on Dana White’s Tuesday Night Contender Series. These feelings were amplified after the comments Snoop Dogg made toward Conor McGregor following his loss to Mayweather.

Brown added: “You can be hilarious without being insulting to fighters, there is just no place for it.” You’ve got to love Matt Brown.

At 36 years old, Brown has started to take more of a coaching role at the gym, and that’s something he plans on doing for a long time to come.

“I want to stay involved in the sport my whole life,” Brown said. “I think I bring a lot to the coaching side of things, I really enjoy it, just being on the mats with everybody and grinding, I love it. I still have a lot to learn, but I’ve done my research and put in the work, and I think I can be a great coach.”

It’s a natural transition, great fighter becomes a great coach, and ‘The Immortal’ Matt Brown has the uncanny ability to be great at whatever he chooses.

Tune in to UFC Norfolk on November 11 to watch Matt Brown take another step toward greatness against Diego Sanchez. 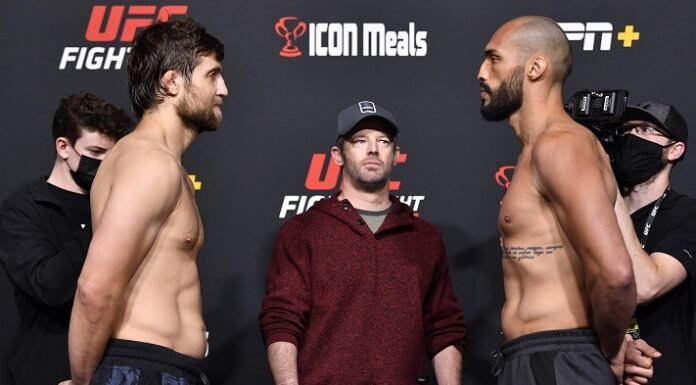