The inaugural Professional Fighters League (formerly World Series of Fighting) event has been announced. WSOF welterweight champ Jon Fitch will square off against Brian Foster at the event, which will take place June 30 as part of the Coke Zero 400 Weekend NASCAR event. Former heavyweight champ Smealinho Rama will also appear on the card, dropping down to light heavyweight for a bout against Ronny Markes.

The promotion announced the event, Professional Fighters League: Daytona, in a press release earlier today. Fitch vs. Foster will be for the #1 seed in the PFL 2018 tournament. All bouts on the card will play a part in the league rankings. The card will air on NBCSN.

Jon Fitch (29-7-1) was last seen defeating Jake Shields to defend his WSOF welterweight title at WSOF 34 at MSG in New York City this past December. After the victory, Fitch hinted at some possible health issues that might send him into retirement. For the time being, however, it appears he’s staying the course.

Brian Foster (26-9) is a former WSOF lightweight tournament winner who lost to Justin Gaethje in a lightweight title bout at WSOF 29. He bounced back at WSOF 33 with a triangle choke submission of Luiz Firmino.

Four bouts have been announced for the inaugural PFL event:

Carlos Silva, PFL President, Event Production and Business Operations, said in the press release that “This is the first in a series of innovative and groundbreaking league initiatives from the Professional Fighters League, and we’re proud to kick it all off at one of racing’s most iconic venues.” The cost of admission will be included with tickets to the race.

The company also noted that “the final champions of the World Series of Fighting will be honored at an event this fall.” Meanwhile, for those who made it to the PFL 2018 post-season, a million dollar purse is on the line. 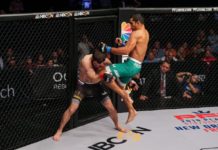 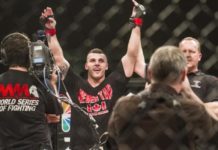 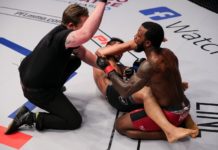