While the UFC has struggled in the ratings war this year, ONE Championship, its biggest competitor in Asia, is seeing a ratings boom. That’s according to new data from Neilsen, Facebook, and Repucom (the sports measurement and evaluation firm recently acquired by Neilsen). In fact, the promotion has seen steady growth over the past three years.

The numbers break down pretty well, as per a release from ONE. In terms of TV ratings (peak TV ratings share), the percentages have grown from 1% to 2% in 2014 to 11% to 20% in 2017 to date, depending on the territory. During the same time, ONE Championship expanded its footprint from sixty countries to one hundred and eighteen today.

On social media, impressions have skyrocketed to four billion (2017) from three hundred and fifty-two million in 2014. Video views on social media have also soared, from the hundreds of thousands in 2014 to over three hundred million for 2017.

That’s doubly impressive given social media use (specifically Facebook and Twitter) is still developing in some of the territories ONE Championship can claim as home turf.

In all, the numbers paint a picture of a promotion on the rise. What’s more impressive is that the growth has happened organically, as the company has tended to develop stars within. While ONE Championship does have former Bellator MMA welterweight champ Ben Askren under contract, most of its biggest names have been developed in house. That includes twenty year old atomweight champion Angela Lee, who has fought all seven of her professional bouts in the organization and is poised to be a breakout star across the globe. 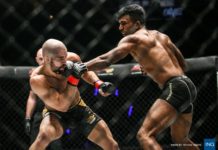 History of MMA in India Part 6: Revival of Mainstream MMA 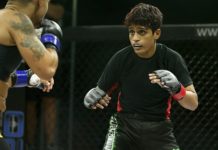