The film, set to be released on June 9, is directed by Ron Scalpello. Naturally, Bisping takes on the role of an antagonist, Roy “Pretty Boy” Shaw. Shaw was one of McLean’s key rivals.

McLean, who himself tried his hand at acting later in life (he appeared in Guy Ritchie’s Lock, Stock, and Two Smoking Barrels), claimed to have fought in over 4,000 contests. He passed away due to complications from cancer just prior to the release of the film, which Ritchie dedicated to him.

You can check out the trailer for the film above.

Back in the fighting world, Michael Bisping is expected to face off against Georges St. Pierre sometime in 2017 with the middleweight title on the line. No word yet as to when. Luckily that gives him time to weigh in on the Belfort vs. Marquardt bout. 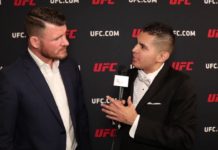 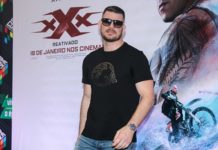