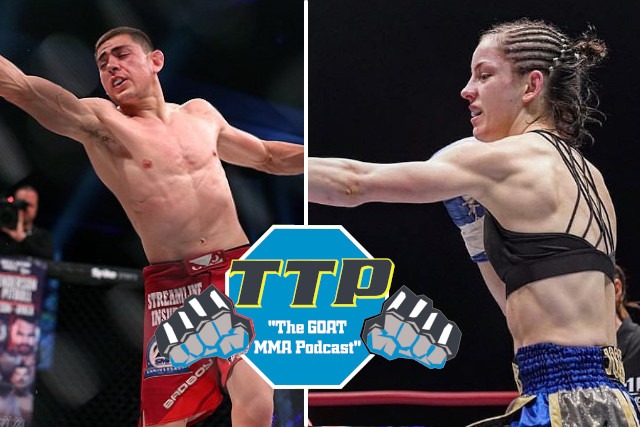 Kicking off this week’s show is an interview with Josefine Lindgren Knutsson. While UFC 275 is the feast this weekend, the UFC is providing us with some appetizers from Singapore as well. The Road to the UFC series kicks off with four events over two days. Knutsson will be fighting on the third of those events (which takes place early Friday morning). She talks about getting her chance to impress the boss on the show. Plus, she also shares what caused her to switch to MMA after a highly successful Muay Thai and K1 career.

Next on the docket, we’re getting into the nitty gritty of one of the better events of the year, UFC 275. We’ve got title fights in the light heavyweight division and the flyweight division, plus a rematch of a past fight of the year. We’ll be breaking down all of those fights for you. In addition, Gumby and Shockwave also chime in with their favorite underdog on the card – one they’re particularly high on for this card. Then they put together a plus-money parlay sure to pay out big time. For this segment, odds via FanDuel Sportsbook.

Closing out this week’s episode of the Top Turtle MMA Podcast is another interview, this time with a fighter off of UFC 275. Steve Garcia looks to put together his first winning streak in the UFC and he’ll try to do it in Singapore on Saturday. He breaks down his fight with popular Chinese prospect Hayisaer Maheshate, including a strong statement of confidence. Then he also digs into what it meant for him to log his first win in the big show after nearly a decade of fighting. He’s also a treat when he pops by the show, so make sure you don’t miss this one.