A name very familiar to sports fans worldwide has been added to the PFL’s Board of Directors.

Baseball great Alex Rordiguez, better known simply as A-Rod, has joined the board after a recent funding round. Professional Fighters League officials announced the news in a press release on Thursday, noting that Rodriguez had invested in the league’s recent Series E equity round, with funding going towards global expansion and the launch of the PFL’s PPV Super Fight division.

Venture capital firm Waverly Capital also invested; Daniel Leff will represent the firm as another addition to the PFL board.

“While it is clear that sports is the most valuable content and intellectual property in the world, what is also becoming increasingly clear is that MMA is the growth sports business of this decade,” said PFL Founder and Chairman Donn Davis in Thursday’s press release.  “The MMA category is on fire, and while UFC is the first winner in this market, several major valuable companies will be built, and PFL has secured the #2 market position and is the fastest growing and most innovative company in MMA.”

The Professional Fighters League just completed the first half of its 2022 regular season. The season format has allowed the PFL to stand out from other promotions, as has the million dollars in prize money going to each champion at the end of the year. To date, the league’s biggest home grown stars have been two-time champs Kayla Harrison and Ray Cooper III. Key free agent signings like Anthony Pettis, Rory MacDonald, Antonio Carlos Junior, and Jeremy Stephens have also helped the league maintain a high profile.

Thursday’s press release included a few words from A-Rod. “I love the global reach of MMA,” said Alex Rodriguez. “The PFL continues to build and innovate for fans, media, and fighters and there is massive demand in the marketplace.”

Rodriguez, a 14-time All-Star, World Series Champion, 3-time American League MVP, and 5-time American League home run leader, has ventured out into the business world since retiring. He currently is Chairman of Presidente beer, and is part of the ownership group behind the NBA’s Minnesota Timberwolves. 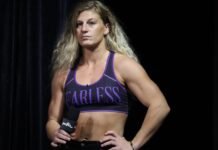 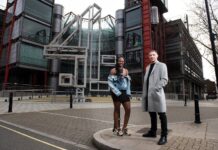