Charles “Do Bronx” Oliveira made his UFC debut at lightweight almost 12 years ago and submitted Darren Elkins in 41 seconds.

‘Do Bronx’ then went 1-2, 1 NC in his next four fights and weighed in multiple times at as low as 153.5lbs for these bouts. A few months before Oliveira turned 22, he decided to cut more weight and move down to the featherweight division.

Oliveria started off 2-2 at featherweight losing to the likes of Cub Swanson and Frankie Edgar. That was before Charles went on a four fight win streak leading to a main event match-up against the 145lbs. division’s future champion, Max Holloway.

Unfortunately, Charles would lose the fight. And since dropping down to 145lbs, Charles had already missed weight two times. After going 1-2 and missing weight again by over 4lbs., Oliveira returned to the lightweight division at the age of 27 back in 2016.

This time, during his second stint at 155lbs, Oliveria has gone 11-2 with his losses coming early on in his return stint to Ricardo Lamas (which was originally supposed to be at featherweight) and Paul Felder.

Oliveira’s tenth win in his current win streak was against Michael Chandler for the vacant lightweight belt last year as Oliveira realized his dream.

Charles Oliveira truly embodies what the Weight Cutting Chronicles is all about which is: With the elimination of Oliveira’s excessive weight cut, which negatively affected him by both eating into his energy levels, as well as his time for fight specific training during camp.

With more energy and time to truly fine tune his skills, Oliveria has been able to reach the highest level in the sport as a UFC lightweight champion. 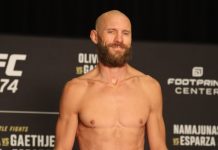 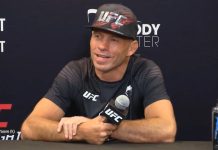 UFC Austin: What Knocked Cowboy Cerrone Out of April Fight? It Wasn’t the Tacos