In the absence of Warlley Alves, who was forced off the card due to injury, Jack Della Maddalena will now face another promotional newcomer, Peter Rodriguez, at UFC 270.

Della Maddalena (10-2) won his way into the UFC on last season’s edition of Dana White Contender Series. A unanimous decision on the show both punched his ticket to the big stage, and extended his winning streak to ten. The Australian fighter has not lost a bout since 2016, when he suffered the second of two consecutive losses to start his pro career.

Since then, it’s been onward and upward. Della Madellena has been a frequent feature on our Prospect Report series, and has found the finish in nine of his ten wins.

Peter Rodriguez (4-0) will join the promotion off a four-fight streak in iKon Fighting Federation. “Dead Game” has finished all four of those fights, and has never left the first round.

UFC 270 is set to take place on Saturday, January 22, 2022 at the Honda Center in Anaheim, California. Two title fights top the card, including a heavyweight title unification bout between Francis Ngannou and Ciryl Gane.

The event currently breaks down as follows: 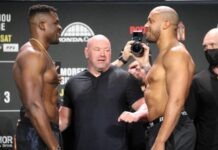 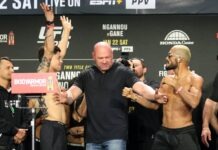 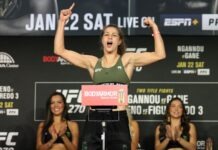