Lupita Godinez is making a habit of being an any time, anywhere sort of fighter.

For the third time in her UFC career, which will be hitting just four fights later this month, Godinez is stepping up on short notice. This time, she’s replacing Cheyanne Buys against Loma Lookboonmee at UFC Vegas 43.

Buys announced she was out of the fight on social media earlier in the day. “The Warrior Princess” revealed that she had tested positive for COVID-19, leaving her unable to compete.

Godinez (6-2), a former LFA and BTC strawweight champion, is 1-2 in the UFC thus far. She stepped up on short notice in her debut against Jessica Penne, losing a split decision. With a full camp, she next submitted Silvana Gomez Juarez at UFC Vegas 39 last month — though it should be noted Juarez wasn’t even her original opponent.

“Loopy” Godinez then made a one-week turnaround, up a weight class, losing a unanimous decision against Luana Carolina.

Lookboonmee (6-2), the first fighter out of Thailand to sign with the promotion, has won her last two fights. She’ll enter the bout with Godinez off a win over Sam Hughes back in May. 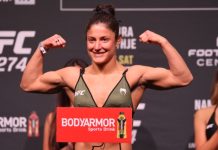 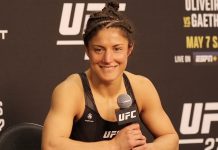 UFC 274: Loopy Godinez Might Have Had Career-Best Performance, But “Next Fight’s Going to Be Even Better” 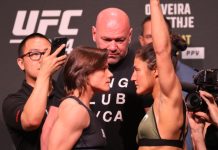