While it was supposed to take place later this month, the flyweight bout between Canada’s Malcolm Gordon and Denys Bondar has been pushed back to early 2022.

The move comes as Gordon (13-5) was reportedly forced out of the original date, at UFC Vegas 43 on November 20, for undisclosed reasons. MMA Junkie was first to report the development, with Gordon’s manager later revealing the new date.

Gordon is looking to build off his first win under the UFC banner, which came earlier this year against Francisco Figueiredo — brother of former flyweight champ Deiveson Figueiredo.

Overall, Gordon is 1-2 in the promotion, after dropping his first two bouts to Amir Albazi and Su Mudaerji.

Bondar (16-3) has not lost a fight since 2017, and will be making his promotional debut in the bout. A native of Ukraine, Bondar saw two fights fall through already this year, as he was forced to withdraw from match-ups against Ode Osbourne and Victor Rodriguez.

The UFC’s February 5, 2022 event does not yet have an official location, venue, or broadcast plan announced. The event features appearances from a couple of Gordon’s countrymen, as Canadians Marc-Andre Barriault and Hakeem Dawodu also feature.

Currently reported for the event are: 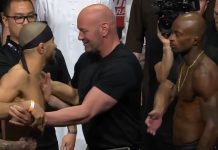 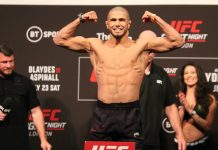